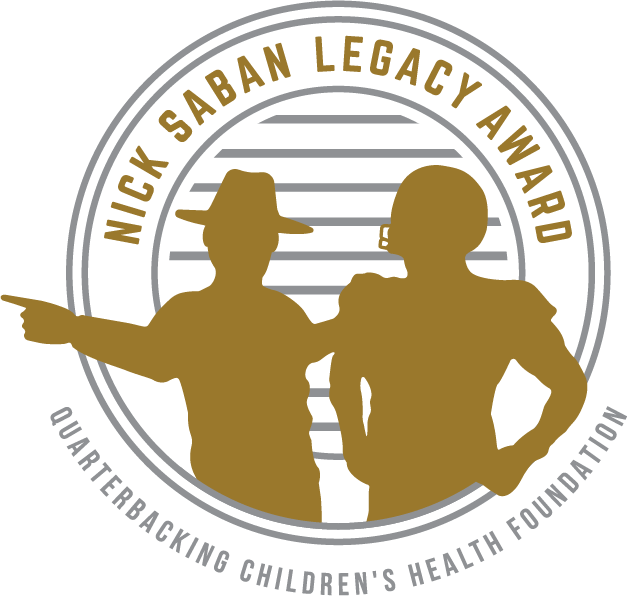 About the Nick Saban Legacy Award

The Nick Saban Legacy Award is a national award created in 2022 in Birmingham, Alabama to honor and recognize the lifetime achievement of a college coach and his contributions to the game of football. The inaugural recipients were Coach Steve Spurrier and the late Coach Eddie Robinson. The 2023 honorees are Coach Bill Snyder and the late Coach Vince Dooley.

The Quarterbacking Children’s Health Foundation has established the award to be named annually in honor of the amazing achievements of Coach Nick Saban. This award celebrates his contributions to the game of football, his community, and his development of young men and coaches as they further their own careers.

Brought To You By: